When we had the idea of realizing a consumer fair and conference on the subject of sustainable fashion, we had no location, no partners, no exhibitors. And then everything happened very quickly because everyone believed in us and the topic. Thanks to our fantastic network, which supported us everywhere with ideas and finally supported us on site, GREENSTYLE was launched in October 2018. With 30 brands, a conference, a fashion and after show in the Haus der Kunst. 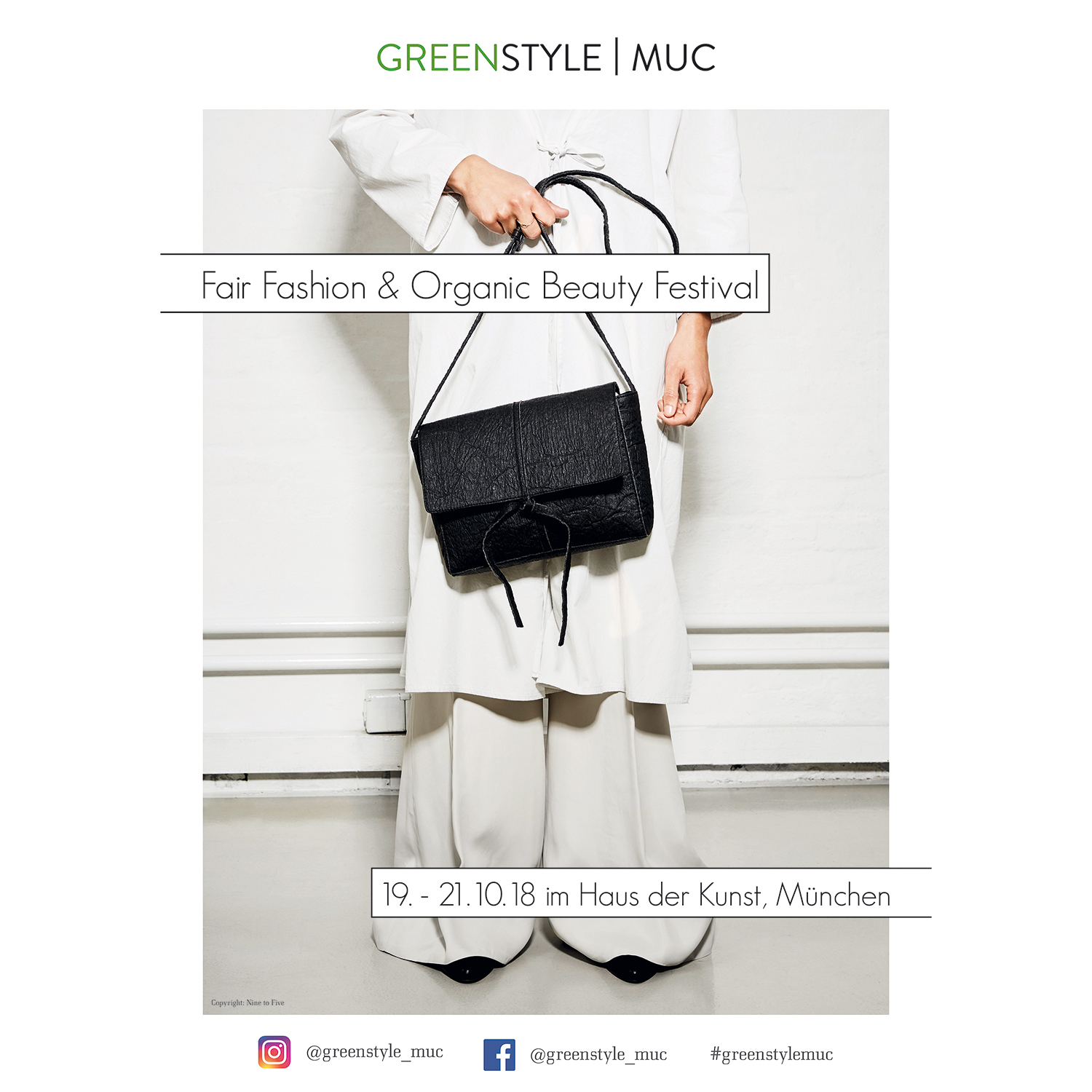 It all started in October 2018 in the Haus der Kunst. Thank you for the great motif from Nine to Five and Gmund Paper, who made their fantastic paper available to us. 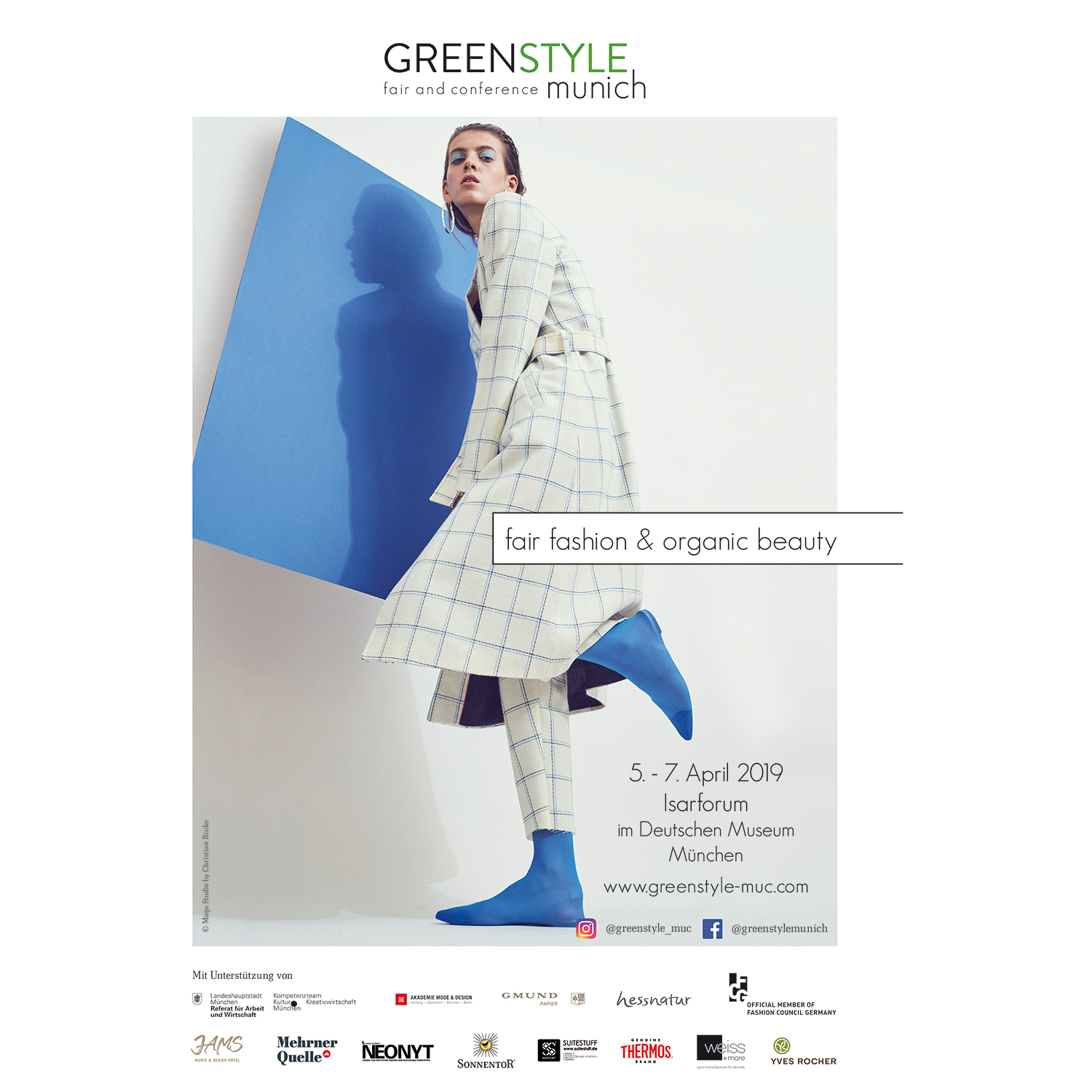 For the 2nd edition, we moved to the Isarforum in the Deutsches Museum and were allowed to use Maqu’s motif. We had Marisa and Kai as exhibitors at the 1st edition and were enthusiastic about their collection – and the visual presentation. 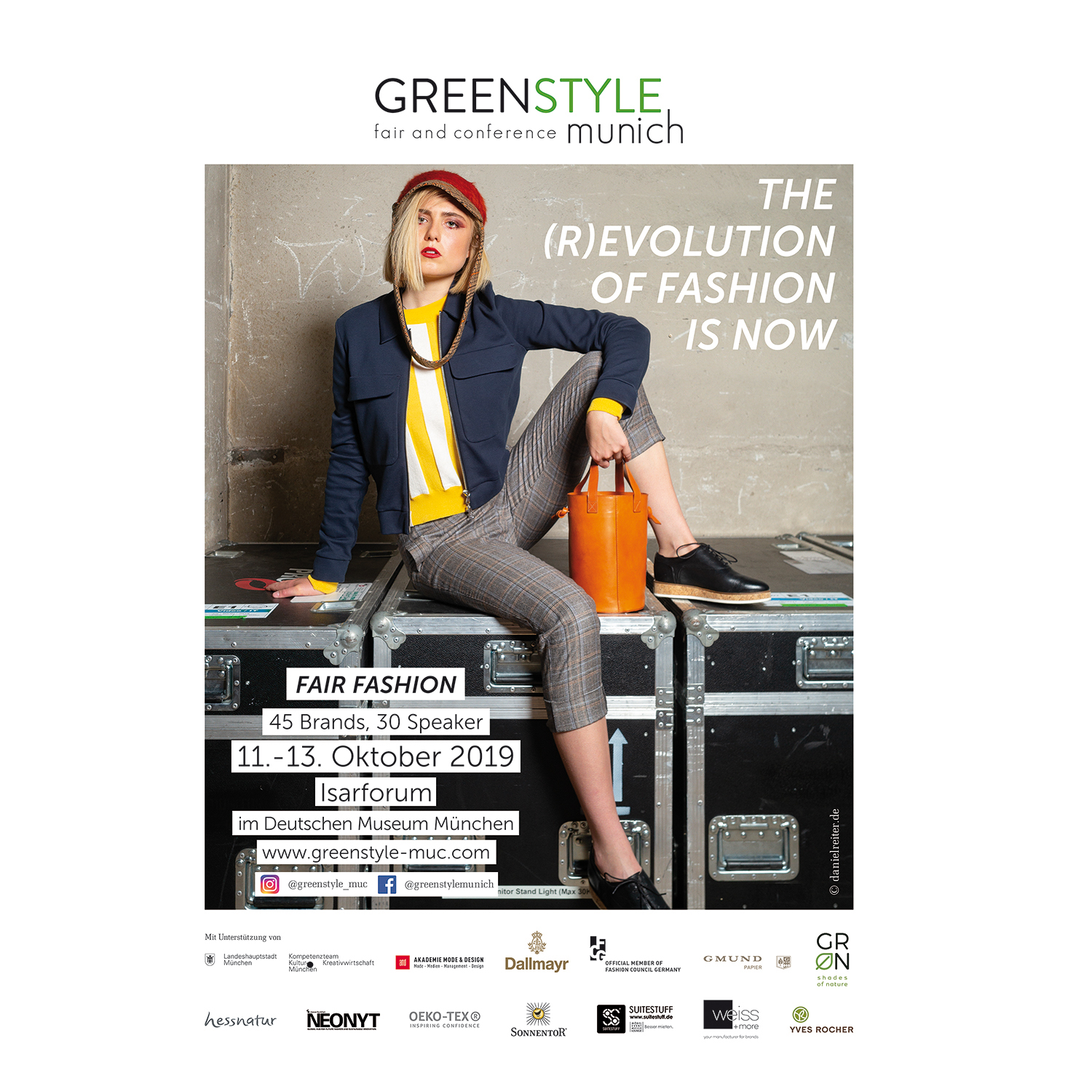 3rd edition: Our first own campaign shoot! We shot with a great team (thanks, Elisa!) during the Neonyt in the power plant in Berlin. Thanks to: Styling | Elisa Gerlach, Photos: Daniel Reiter, Model: Alina Dieth | Make-up: Benecos 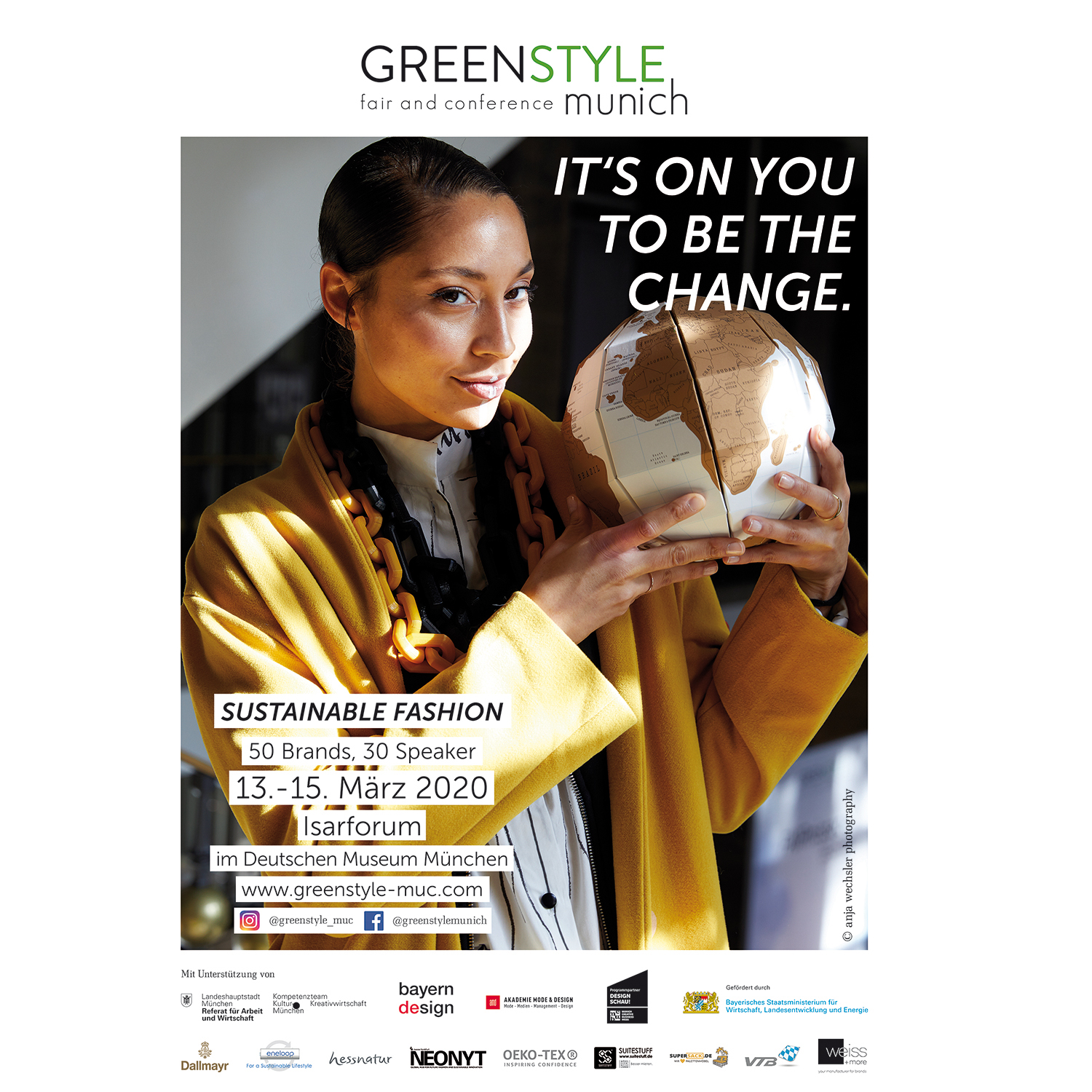 The fourth event on March 13, 2020 could not take place as planned. The first lockdown threw a spanner in the works. The Isarforum had to remain closed to visitors. Instead we organized the first digital GREENSTYLE. Quite an act of violence, but okay, somehow it has to go on despite the pandemic. A big thank you to everyone involved in the shooting, which took place during the fashion show of issue three and whose pictures we used here: Anja Wechsler (photo) and Iris Martin (make-up), Raffaella Guzzo (hair), Sharon (model) . 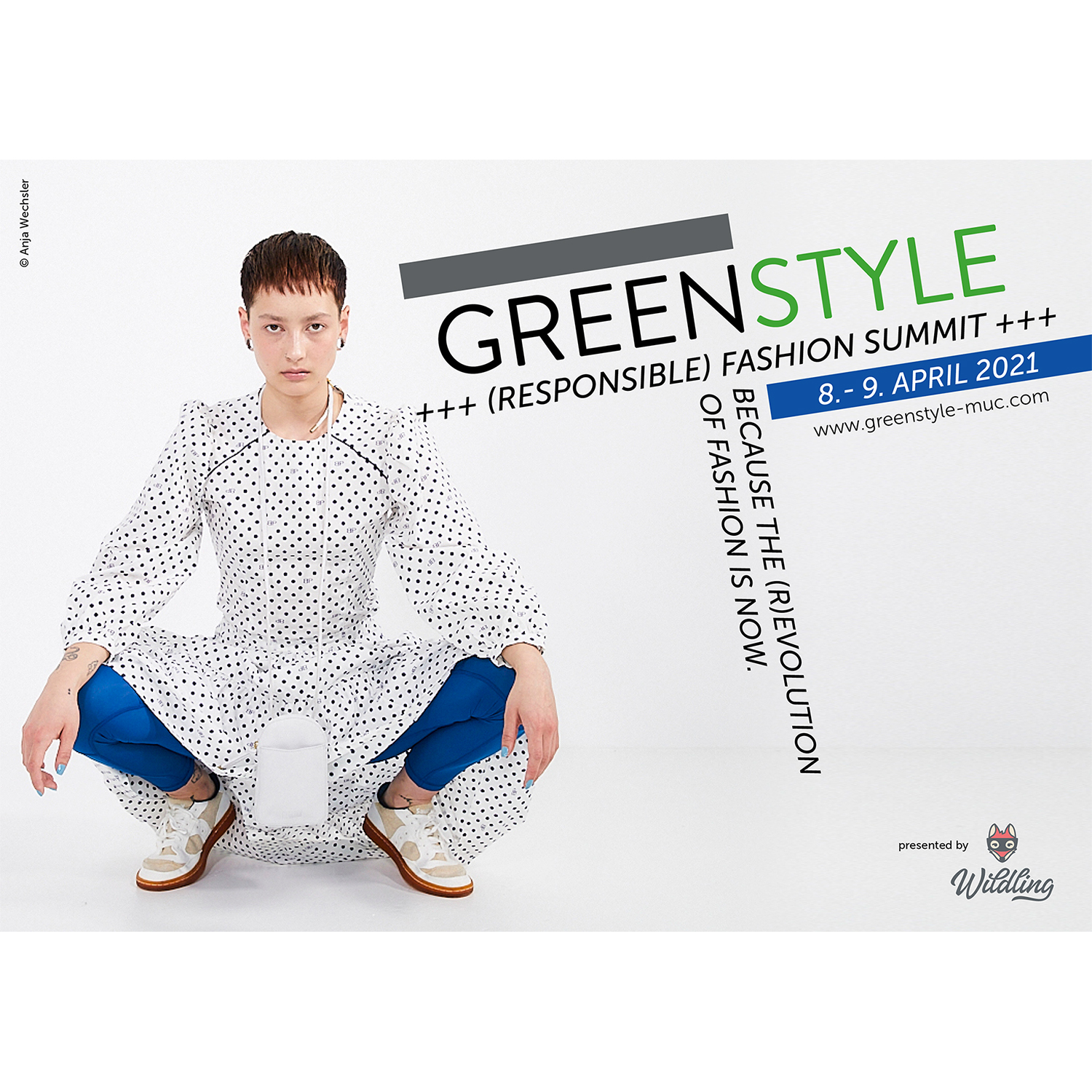 Spring 2021: The pandemic has everyone under control. Again no GREENSTYLE. Instead, we sent our message out into the ‘world’ on April 21 with the digital conference ‘Responsible Fashion Summit’. The motif? From the shoot for the actually planned GREENSTYLE. Thanks to the team Anja Wechsler, Iris Martin and a big thanks to Jan Frommel, who took the photos and whose studio we were allowed to use (for the shooting AND the conference!). Photographer: Jan Frommel, models: Laura Hinz (Modelwerk), Fabian van Brunswick, hair & make-up: Iris Martin, styling: Alexandra Dietl, video: Anja Wechsler 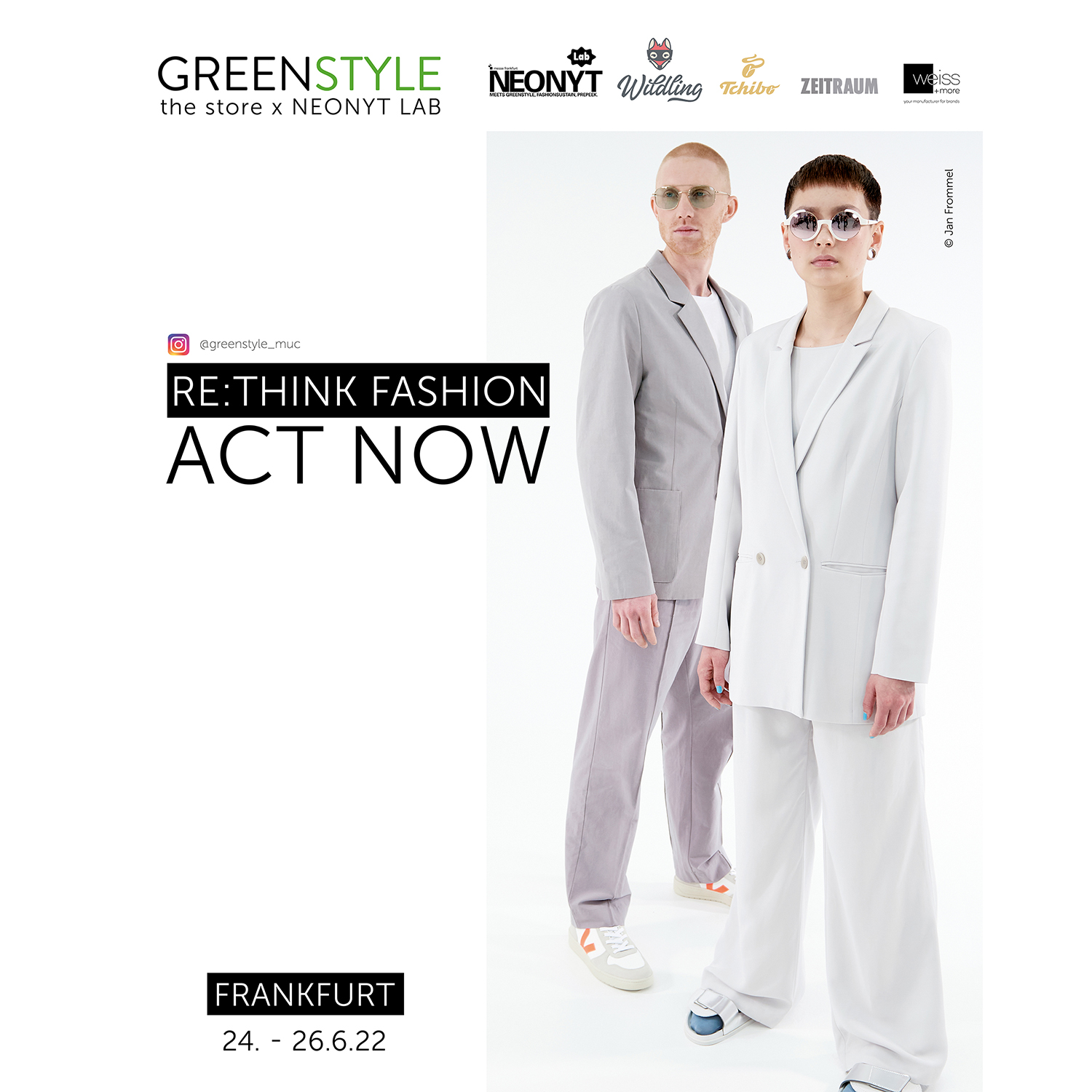 Finally back on the field! We celebrated our physical comeback together with the Neonyt Lab in Frankfurt. And with pictures from the last campaign shoot. 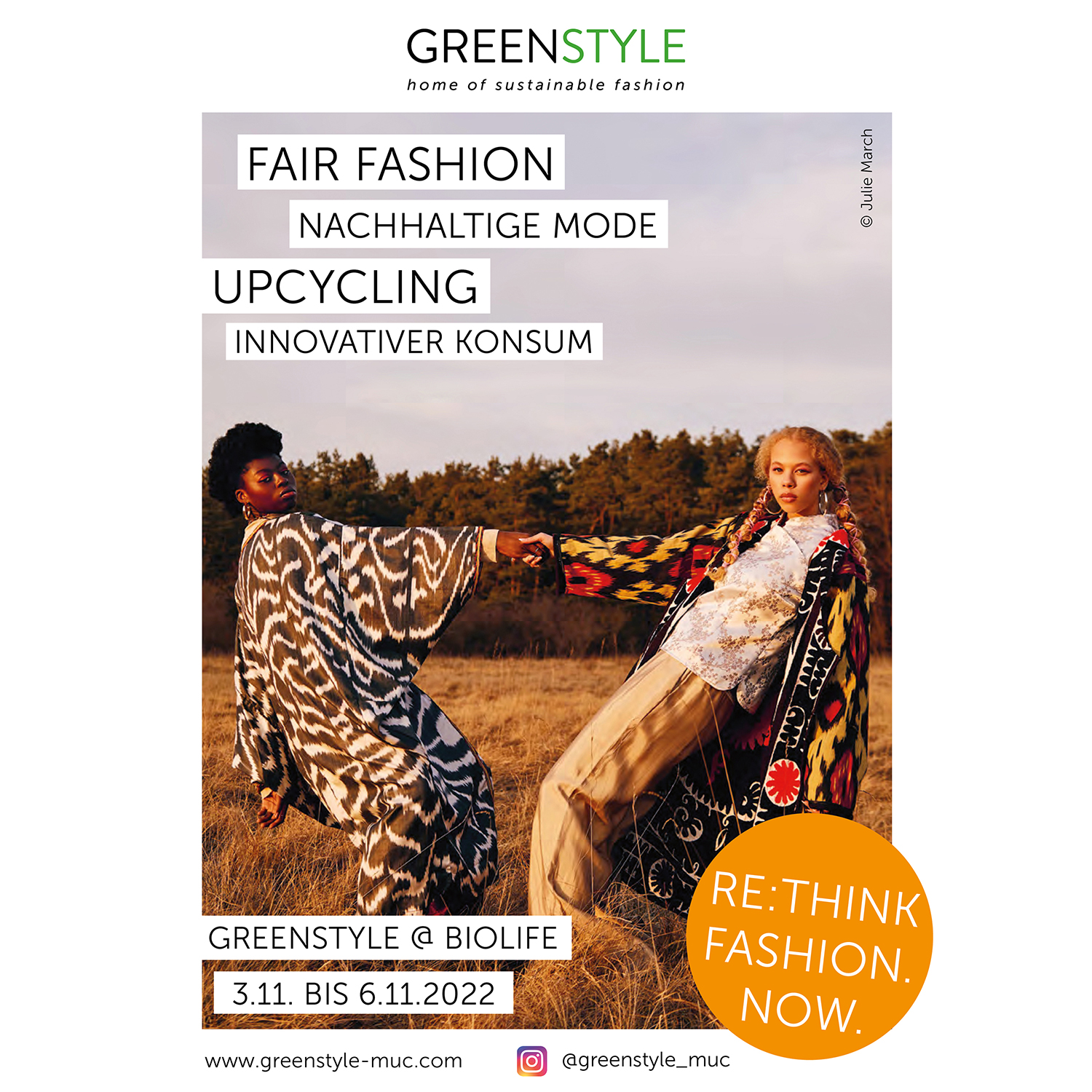 #bettertogether: For the GREENSTYLE in Bozen we used pictures from the photo series from our Pureviu Magazine, which we realized together with ClothesFriends. Thanks to Julie March for letting us use her for the campaign as well. Models: Josephine Tolna, Yasmin Salifou, Romeo Lingl (URBN Models), styling/production: Rosella Lofino, Eva Kapeller, hair & make-up: Angelina Marrandino and photo assistance: Elli Fot 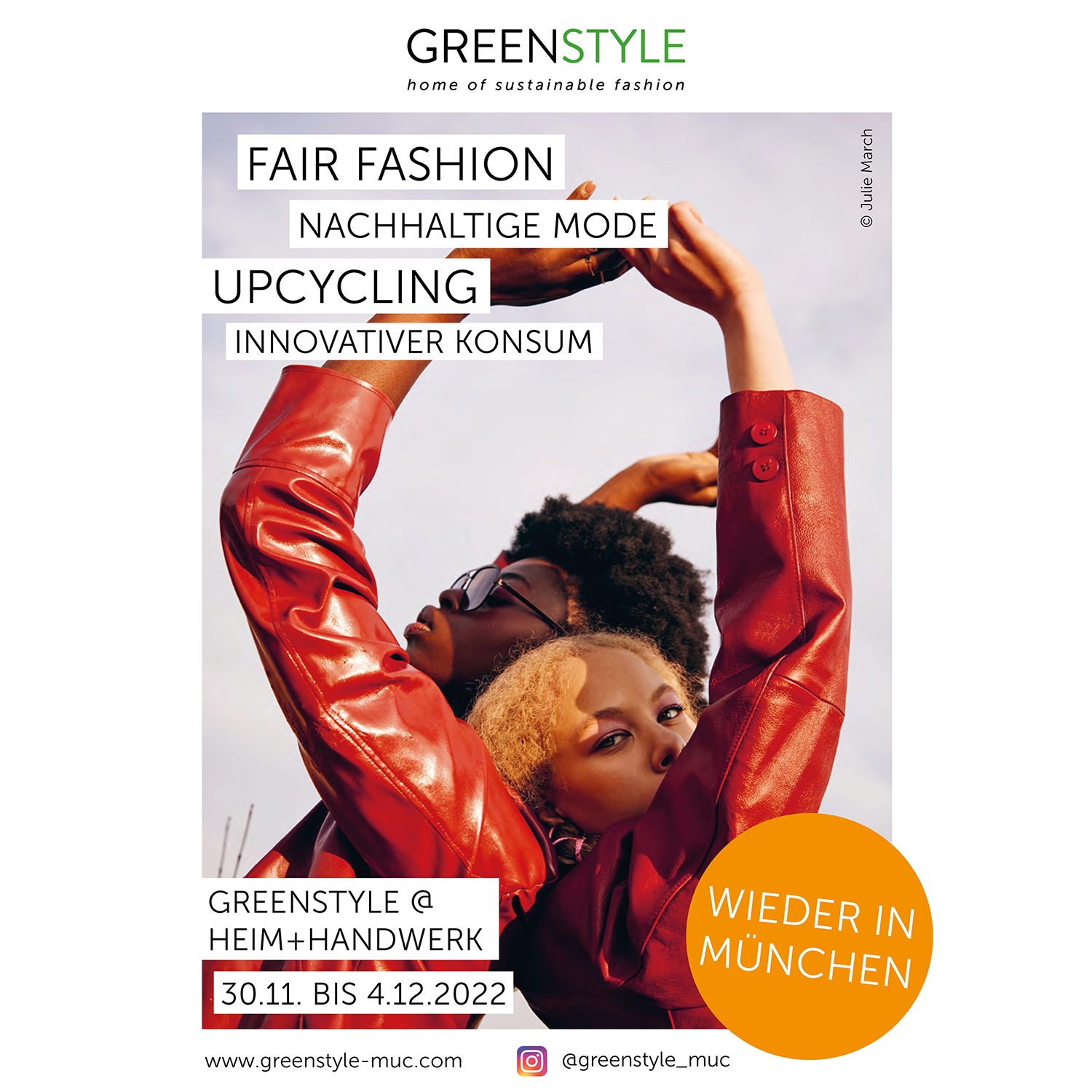 Welcome back! At the end of November we are finally doing a GREENSTYLE in Munich again at the Heim+Handwerk. The motif? Also from the Pureviu Magazine shooting.
Find out more here and get a (free!) ticket >>> 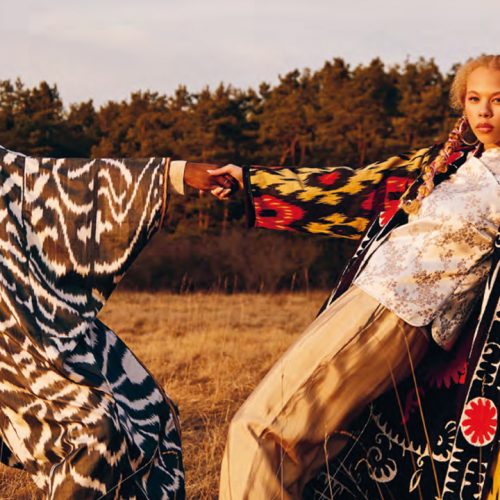 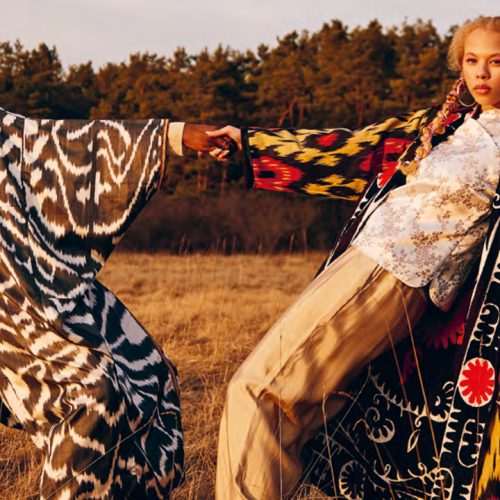 GREENSTYLE events: Meet us in Munich and Bolzano 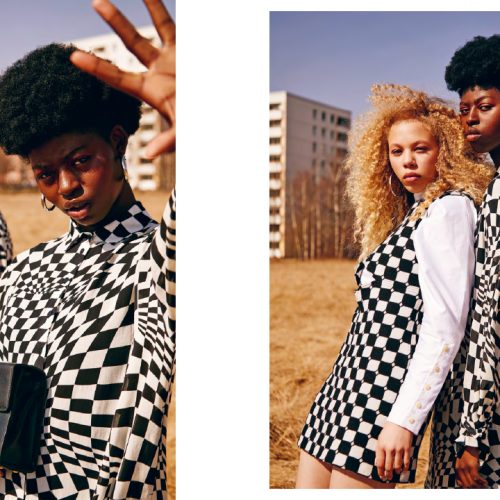 Dress up. Slow down. This is how fashion works now. 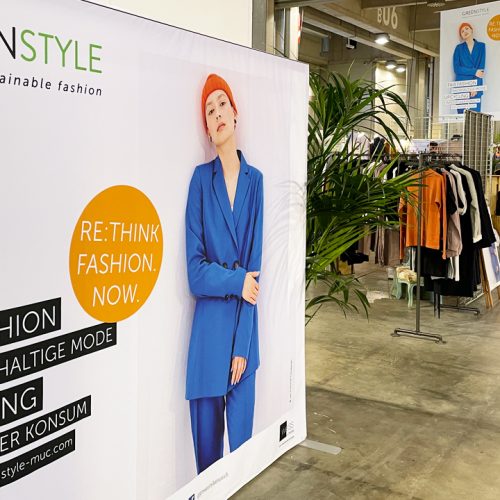