Fashion with a mission

As a designer and consultant for brands like Prada, Miu Miu and Ferragamo and as an ambassador for sustainable and fair fashion, Marina Spadafora knows the Italian fashion industry with all its strengths and weaknesses like no other. In an interview with Susanne Barta, she gives an insight.

Even as a young woman, Marina Spadafora has dealt intensively with issues such as social justice and resolved to make a difference with her work. This commitment became concrete in 2007 when she got the chance to design a small sustainable collection for a young entrepreneur that was exclusively produced in Africa. Since then, the focus of her work has been on making fashion with a mission more sustainable and fairer.

More and more companies in Italy are dealing with sustainability, but it should go faster.

The subject, she says, is becoming increasingly important in Italy. As the coordinator of Fashion Revoluion Italy, she deals intensively with the production conditions on site. “More and more companies are dealing with it, but it should go faster.” In a conversation with Bettina Musiolek from the Clean Clothes Campaign, we learned that the Italian luxury brands are among the most irresponsible in the industry. For Marina Spadafora, this is also due to the fact that many companies are increasingly focusing on environmental aspects, but not so much on production conditions. “There is progress in the area of sustainability,” she emphasizes, “but the social aspect, i.e. paying people fairly, is often forgotten.”

Marina emphasizes that sustainable fashion with a mission is by far not just about the use of materials like organic cotton. Some brands made it a little too easy for themselves. It is important for consumers to deal with the complexity of the topic. Since almost all of the books are in English, she decided to finally write a book for the Italian public. “La rivoluzione comincia dal tuo armadio” was recently published, in which Marina, together with journalist Luisa Ciuni, gives an overview of the situation and practices in the fashion industry, but above all has put together many tips on how everyone can improve can contribute. For example, to stay away from fashion that costs too little. “We really don’t need more clothes, we should buy less and better. And above all wear our clothes for a long time. “

The luxury industry has tried to copy fast fashion.

Corona has hit the fashion industry hard. The situation in Italy is very, very difficult, says Marina. Online cannot replace the direct experience with clothing, people want to attack the materials, come into the showroom and see the clothing. That’s why accessories are currently selling much better than clothing. But Marina also sees an opportunity for change in the crisis. Giorgio Armani was the first to publicly demand that the industry should shut down and slow down. Because it cannot be that the luxury industry is copying fast fashion at its own pace, constantly bringing out new collections and everyone involved in the production process can hardly withstand the stress. Armani has committed itself to only bringing out two collections per year. Dries van Noten has also campaigned for a change and was able to win other brands such as Gucci to come on board.

Marina is always full of new ideas, she is currently working on new projects. Together with UNIDO, she is developing a new thread made of denim and cotton in Egypt, from which students design some items of clothing that are then produced in Italy. She also supports a large company, whose name has yet to remain a secret, in taking the first steps towards sustainability and developing a small capsule collection. And in September Marina Spadafora will organize a three-day event on sustainable fashion topics at Corso Como 10 during the fashion shows in Milan with the platform “A New Awareness”. We hope to see Marina soon at one of the next issues of the GREENSTYLE Conference in Munich. 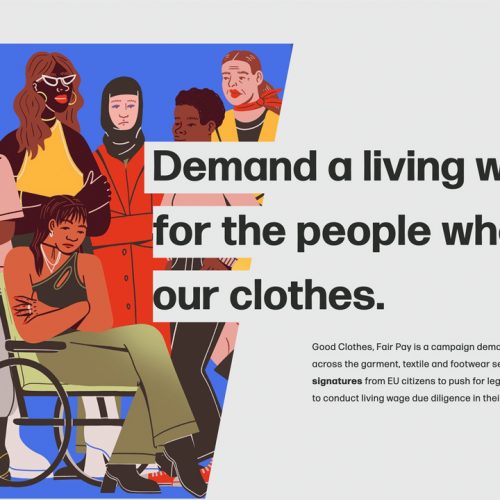 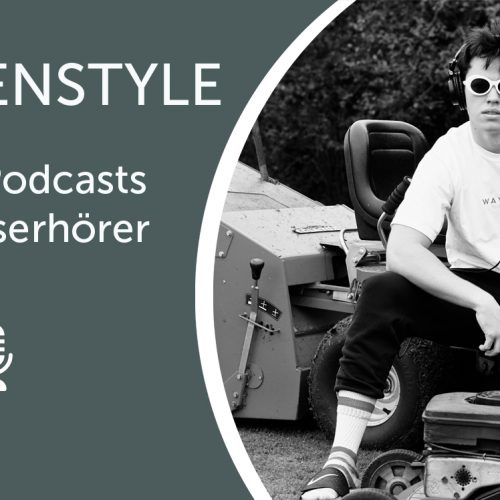 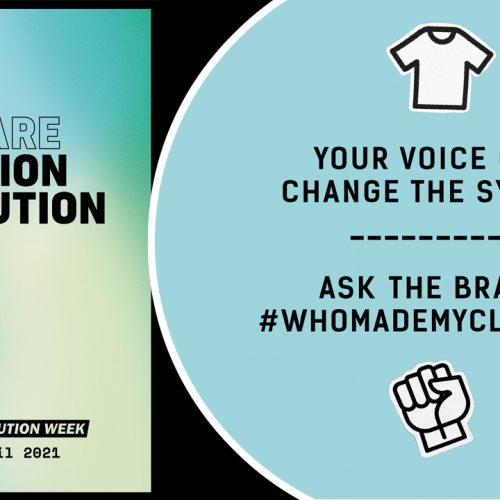 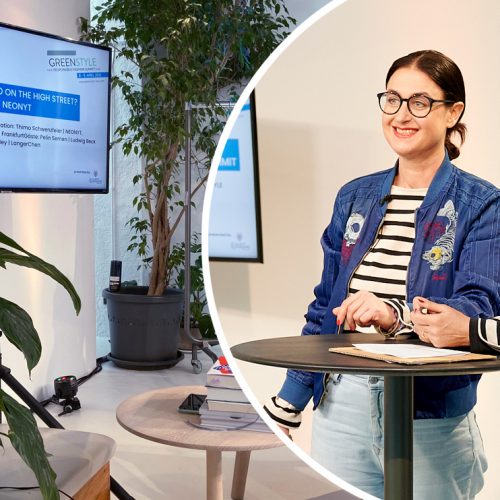